On Wednesday the 2nd July the Year 4s and 6s had an incursion with Cecily Arkell from Australian Earth Science Education.

The Year 4s used various tools such as geologist loops to look at various soils to see what soil is. They used their observation skills to determine what is in soil and what it feels like. During these activities they were also learning about the scientific method and how Scientists around the world collaborate to discuss findings. They then compared their soil samples to rocks they might have come from. The last activity they completed was how the Noongar people used a yandi to separate different weighted objects from sand such as seeds. This process is also used by gold miners when panning for gold.

The Year 6s looked at the viscosity of lava. Types of volcanoes were discussed and how from their shape you can tell the type of volcano and what type of lava will be spewed. How this different lava effects the environment in different ways. The students also viewed some of the different rocks from volcanoes such as pumice and obsidian. Again during their investigation on viscosity the scientific method was reinforced. They used 3 different liquids to see which was the most and least viscous.

During the sessions the students asked some probing questions and were thoroughly engaged during the presentation. 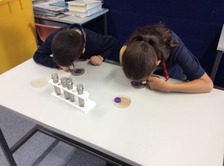 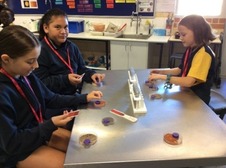 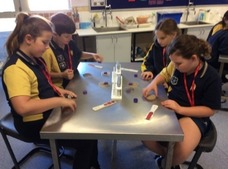 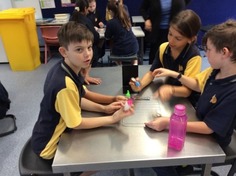 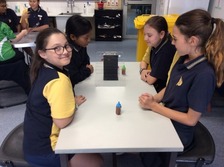 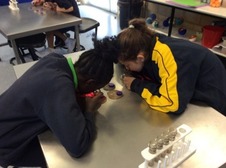